Located on the road to the beaches of the Landing beaches, between Arromanches and Ohama Beach, Camping** de La Prairie in Port en Bessin will be the ideal starting point for exploring the thousand faces of Calvados, between sea and bocage.

A necropolis in memory of American soldiers who died on French soil...

Overlooking Omaha Beach, the American Cemetery in Colleville-sur-Mer houses 9,387 white headstones, perfectly aligned on the lawns, housing the remains of American soldiers who died during the D-Day landings and the Battle of Normandy.

On one side, the cemetery itself, on the other a monumental memorial, made up of a neo-Greek peristyle, a bronze statue 7 meters high symbolizing the Soul of American youth, a "garden of the disappeared" and a body of water.

Every day, at 4.30 p.m., visitors attend the ceremony of colours, a solemn and moving moment. 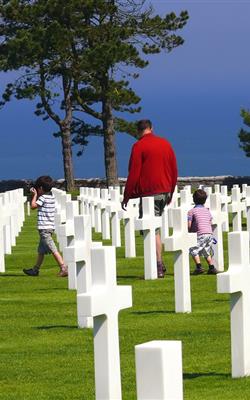 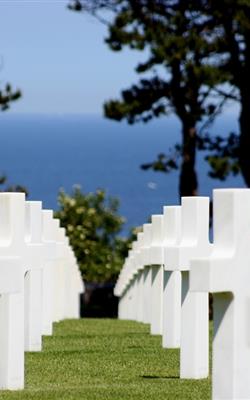 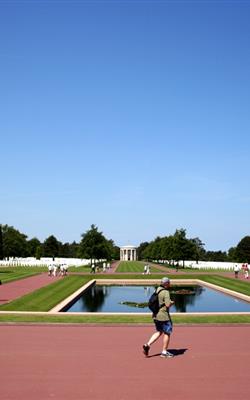